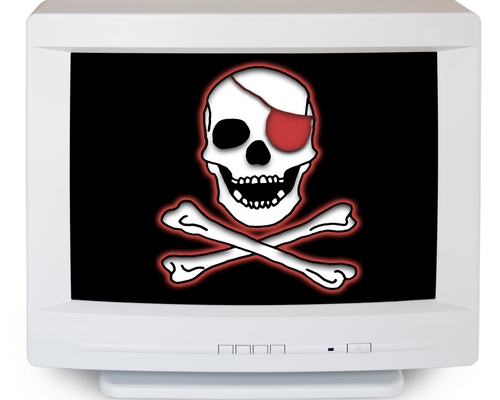 By WBD Admin on February 8, 2013 • ( Leave a comment )
A service mark infringement and cyberpiracy lawsuit has reappeared on the Northern District of Georgia’s docket.
The Current Lawsuit

On January 30, 2013, Smyrna, Georgia-based Travel Spike, LLC (“Travel Spike”) filed a complaint (“the January 30 Complaint”) against New York City-based Travora Media, Inc. (“Travora”), asserting several counts related to legal theories of service mark infringement, cyberpiracy, and unfair competition.  The causes of action stem from Travora’s alleged use of the registered trademark TRAVEL AD NETWORK® in its advertising and promotion, and in a domain name.[1]
Travel Spike owns U.S. Service Mark Registration No. 3,912,781 (“the ’781 Registration”), which issued on Feb. 1, 2011, for the mark TRAVEL AD NETWORK®, for:
Advertising and advertisement services; advertising and marketing services, namely, promoting the goods and services of others; on-line buyers guide service providing information in the field of travel; travel marketing services, in Class 35 (U.S. CLS. 100, 101, and 102).
The ’781 Registration recites a date of first use of January 20, 2002, a date of first use in commerce of July 31, 2003, and a registration application filing date of July 8, 2009.
Travel Spike and at least this 2012 article indicate that Travora was formerly known as Travel Ad Network, Inc.  The complaint specifies that upon information and belief, Travora was formed in 2004 under the name Internet Travel Network, LLC, which changed its name to Travel Ad Network, Inc. in 2008, which then changed its name to Travora Media, Inc. around September 2011.  One of Travora’s web pages generally describes services offered as follows:
Our process is simple. We are a catalyst. We bring your brand to life to advertisers, sponsors, and agencies, enabling you to gain exposure, representation, and a brand premium. We bundle services like ad serving, account management, reporting, billing collections, and marketing.
Earlier Litigation
The January 30 Complaint is but the latest event in a dispute with a history of earlier legal proceedings.
On September 20, 2011, at approximately 3:00 p.m. EST,[2] Travora, then known as Travel Ad Network, Inc. (“TAN”) filed a declaratory judgment and service mark registration cancellation action against Travel Spike in the U.S. District Court for the Eastern District of New York.  TAN sued for a declaration that TAN did not infringe Travel Spike’s mark, and sought cancellation of the ’781 Registration on the grounds that: (i) the registered mark was merely descriptive of Travel Spike’s services; and (ii) Travel Spike’s claim of first use in commerce of July 31, 2003 was fraudulent.  TAN’s complaint also asserted a claim for tortious interference with business relations.  In its complaint, TAN alleged that Travel Spike had threatened to sue TAN in Georgia “if TAN did not agree to pay Travel Spike $12 million by 2:00 p.m. on September 20, 2011.”[3]  That case having been assigned the number No. 1:11-cv-4561, it will be referred to as “the ’4561 New York Action.”
Just hours later on September 20, 2011, at some time after 5:00 p.m. EST,[4] Travel Spike filed a complaint in the Northern District of Georgia against TAN for exactly the same causes of action now appearing in the January 30 Complaint.[5]
On September 28, 2011, TAN moved to dismiss the 2011 Georgia Action, or in the alternative, to transfer it to the Eastern District of New York, on the basis of the “first-to-file rule,” since the filing of the ’4561 New York Action preceded the filing of the 2011 Georgia Action, albeit by just a matter of hours.[6]
In an order entered on March 15, 2012, the Northern District of Georgia granted TAN’s alternative motion.[7]  The case was then transferred to the Eastern District of New York, which assigned that case new case number 1:12-cv-1296 (“the ’1296 New York Action”).
For reasons not disclosed in records reviewed, both parties very recently filed notices of voluntary dismissal of their respective complaints, without prejudice, in both New York actions.  Specifically, TAN filed its notice in the ’4561 New York Action on January 28, 2013, and Travel Spike filed its notice in the ’1296 New York Action on January 30, 2013.
New Complaint Virtually Identical to 2011 Complaint
Travel Spike filed the January 30 Complaint in the Northern District of Georgia on the same date it voluntarily dismissed the ’1296 New York Action.  The January 30 Complaint against Travora reads identically to the complaint against TAN in the 2011 Georgia Action, except that the January 30 Complaint substitutes Travora for TAN as the named defendant, and adds a factual allegation about the defendant’s September 2011 name change from Travel Ad Network, Inc. to Travora Media, Inc.  Thus, the January 30 Complaint does not refer to the dismissed New York actions, nor does it provide any clues as to why Travel Spike decided to re-file its claims in the Northern District of Georgia.