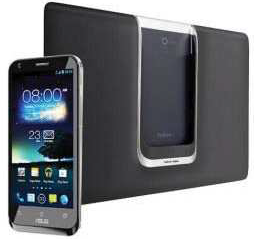 By WBD Admin on February 6, 2013 • ( Leave a comment )
“Almost five years ago,” explained an April 2012 Wall Street Journal article, “the computer and mobile-phone industries collided.  Technological advances turned phones into minicomputers, complete with email, Web access and other features.” [1]  Since then, according to that article, participants in the smartphone industry have been “engaged in a lawsuit-filing frenzy, asserting their rights to dozens of patents to block rival products” in a global market valued at over $200 billion.[2]
Now have the smartphone wars reached a Georgia federal court, dealing with a different kind of smartphone.  With the recent filing of a lawsuit in the Northern District of Georgia, the frenzy has expanded to a species of smartphone designed to connect with a specific tablet, but via a plaintiff who had not previously sued on its patents.
On January 25, 2013, UK-based ExoTablet Ltd. (“ExoTablet”) filed a complaint accusing Negri Electronics, Inc. (“Negri”) of infringing U.S. Patent No. 7,477,919 (“the ’919 Patent”).  Titled “Handheld Input/Output Device Providing Enhanced User Interface for a Mobile Telephone,” the ’919 Patent recites priority claims to a chain of earlier applications, the earliest of which issued as a patent in 2006 from an application filed in 2002 which, in turn, claimed priority to a provisional patent application filed in 2001.  This marks the first time that ExoTablet has filed suit on any patent in that chain.
Negri describes itself in its website as an online retailer of “high end unlocked wireless” products.  One of the products offered by Negri is the “PadFone 2,” pictured in Figure 1, below.  The ASUS PadFone® is made by ASUSTeK Computer, Inc., based in Taiwan.
Reviewing site androidcentral.com describes the PadFone 2 as “an Android phone which
can slot into a tablet dock to deliver a full-blown tablet experience.”  According to that site, ASUS announced the launch of the PadFone 2 on October 16, 2012.  Another site, gadgetsmagazine.com, states of the PadFone® (the predecessor to PadFone 2):
One of the unique Android-powered devices that we’ve seen in the past year was ASUS’s PadFone, that tablet-dockin’ smartphone that had us fawning over it when we first saw it with our own eyes. It’s no surprise though that other companies are looking to try and replicate the somewhat limited success of the innovative device with their own interpretation although we can’t really say that TransPhone’s offering improves on the formula.
Gadgets Magazine titled that piece as “TransPhone Pro takes a swipe at the smartphone/tablet hybrid concept, looks suspiciously like an Asus PadFone.”
The TransPhone product mentioned above is marketed by ExoTablet (which does business as TransPhone International) as “TransPhone™ 1 Pro.”  TransPhone™ products are pictured in Figure 2, below.
A December 22, 2012 entry on tablet-news.com states: “TransPhone . . . brags about having half the price tag of the ASUS Padfone.  If you’re expecting lawsuits from ASUS, well don’t, since according to the press release from TransPhone International, they own US patents for such a device from back in 2002, referring to the insertion of a phone into a tablet.”
In that press release, dated October 23, 2012, ExoTablet makes the following product comparison: “Similar to the PadFone, the TransPhone is a fully-functional hi-res phone which transforms into a fully functional 3G tablet – a handy 7″ tablet as opposed to PadFone’s 10″.”  Later in the press release, one finds the following text:
IS TRANSPHONE A PADFONE COPY?
“Not really!” said a spokesperson at TransPhone International, holder of the US patents
which cover both the PadFone and the TransPhone.  “PadFone and TransPhone are both
members of what we call the ExoTablet family of devices.  ExoTablet is the name for a kind of tablet powered by its own smartphone which does all the connecting, computing and storing for both phone and tablet functions.  Both of them are covered by our US ExoTablet patents which date back to 2002.  Since at least 2008 we have been promoting the ExoTablet concept to every smartphone manufacturer including AsusTek and their design operation.”
Discussing its patents further on its website, ExoTablet states:
Our patents were applied for in 2002 and were inspired by the mobile-environment needs of a powerful technology we are working to bring to market.  Our patents cover two types of TransPhones.  Type 1 is the TransPhone type in which a smartphone is matched with its own Tablet.  Type 2 uses an Adapter in which individual adapter sleeves are made for a particular model of phone, then the phone, with its adapter sleeve, slips into the slot of a tablet.  TransPad consists basically of a screen, battery and a case.  With the adapter system, several different adapters can be manufactured and all the smartphones for which we have made adapters can use them.  Potentially, the various different sized TransPads can have different hardware inside for different uses and purposes. – such as hard disks, CD/DVD readers etc.
ExoTablet’s website further indicates that it is accepting pre-orders for the TransPhone™ 1 Pro “for priority delivery in March/April 2013.”  Very close to that time frame, in late February, ASUS “is expected to unveil an upgraded version of the PadFone 2,” according to a February 5, 2013 piece appearing in ndtv.com, referring to a recent post in Digitimes.com.  That site also reports that 1 million PadFone 2’s have been sold worldwide since its October 2012 launch, with shipments continuing.
Thus, ExoTablet’s lawsuit comes at a time when both competitors anticipate significant product events occurring very soon.
ExoTablet’s complaint asserts that both the PadFone and the PadFone 2 infringe the ’919 Patent, and alleges that Negri’s infringement has been willful.  ExoTablet seeks injunctive and various forms of monetary relief under the Patent Act, including treble damages and attorneys’ fees.
The case is ExoTablet Ltd. v. Negri Electronics, Inc., No. 1:13-cv-0265-WSD, filed 01/25/13 in the U.S. District Court for the Northern District of Georgia, Atlanta Division, assigned to U.S. District Judge William S. Duffey, Jr.
[1] Ashby Jones and Jessica E. Vascellaro, Smartphone Patents: The Never-Ending War, Wall St. J. (Apr. 12, 2012).  Wall Street Journal subscribers may access that article here.
[2] Id.