On the surface this appears to be a fairly straightforward diversity removal of a superior court action to federal court based on full diversity between the parties under 28 U.S.C. § 1338.  AirWatch, LLC (“AirWatch”) is alleged to be an LLC with its principal place of business in Atlanta, Georgia, with Atlanta and Washington, D.C., shareholders, while Good Technology Corporation and Good Technology Software, Inc. (collectively “Good”) is principally based in California  However, the original Good patent action, attached as an exhibit, alleges that both Good and AirWatch are Delaware corporations.  In addition, Good asserts federal jurisdiction based upon 28 U.S.C. § 1441(a) alleging AirWatch’s entitlement to relief necessarily depends on a substantial question of federal patent law.

According to the complaint, as the owner of the de facto standard for secure access to email and other business data on smartphones and tablets Good has intellectual property agreements with technology leaders – Research In Motion (RIM), Microsoft, and Nokia.  The Patent Infringement Action accuses AirWatch of widespread patent infringement chosen as a corporate policy instead of investing in its own product development.
The Patent Infringement Action asserted infringement of U.S. Patent Nos. 6,151,606, 7,702,322, 7,970,386, and 8,012,219.  The complaint does not delineate which patent claims are allegedly infringed or provide details of any copying activity by AirWatch.  The AirWatch response to the complaint in the Patent Infringement Action is a comprehensive assertion of denials and affirmative defenses and a reservation of the right to assert further affirmative defenses once Good further clarifies the nature of its claims.
The AirWatch Fulton County Superior Court Proceeding tells a story of AirWatch’s growing dominance in the Enterprise Mobility Management field and Good’s demise.  The state court complaint details Good’s allegedly inaccurate publications that AirWatch does not develop its own technology and, instead, copies Good’s technology.  Unlike the Good Patent Infringement Action, AirWatch provides details of Good’s inaccurate statements and contrary facts, which should be verifiable in discovery.  Overall, AirWatch pleads pages of details of a scheme by Good to mislead the public into mistrusting AirWatch and its technology allegedly because Good’s outdated technology is fading in the market place. 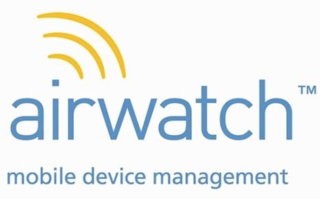 On September 3, 2013, Good filed a motion to dismiss, stay, or transfer the proceedings.  Again, Good has refrained from providing any details backing up its claims of infringement or countering AirWatch’s assertions regarding defamatory statements.  Instead, Good asserts that the false statements AirWatch asserts as being published on its website were already in its complaint and, therefore, AirWatch either was required to assert its claims as a compulsory counterclaim or has no claim because those statements are merely reporting assertions from the Patent Infringement Action.  Good asserts that AirWatch “by error or design” “missed its opportunity to raise its compulsory counterclaims.  Good’s brief acknowledges that the 11th Circuit has not addressed this issue, but references one Northern District of Georgia decision and one 9th Circuit ruling and four lower court decisions from other circuits.  Good relies upon Fed. Rule Civ. Proc. 13(a)(1)(A) as requiring AirWatch to file as a compulsory counterclaim any claim that “arises out of the transaction or occurrence that is the subject matter of the opposing parties claim” – held “at the time of its service.”  [Emphasis added.]
In a recent opinion, MDS (Canada) Inc. v. Rad Source Technologies, Inc., 720 F.3d 833 (reported here), the 11th Circuit held that jurisdiction over a contract claim could be retained by the 11th Circuit even if construing a patent claim was required, as long as the contract claim was not substantially related to the patent claim.  AirWatch may point out that the defamation action arose by a non-privileged publication after the Patent Infringement Action was filed.  While it appears from Good’s motion that certainly the cause of action was known by the time the Answer was filed to the Patent Infringement Action, AirWatch may argue the publication goes beyond what is necessary for Good to win on patent infringement, or even willful patent infringement or enhanced damages.  Good could prevail on all its claims in the Patent Infringement Action and still lose the defamation suit, if it is allowed to proceed.  Nevertheless, Good points out factual determinations that are addressed by the pleadings in both cases.
However, AirWatch’s motion to remand filed on September 17, 2013 introduces an interesting twist to the status of the matters before the District Court.  In order to rule on Good’s motion, the court must have jurisdiction.
As pointed out previously, both Good and AirWatch are Delaware corporations.  Though AirWatch concedes that its residence is determined by the residence of its members, AirWatch provides affidavits to show that prior to its filing of the superior court complaint, it membership changed to include Delaware and California residents.  This, AirWatch alleges in its remand motion, defeats Good’s diversity jurisdiction.  Assuming diversity jurisdiction is legitimately defeated, there must be a federal question for jurisdiction.  AirWatch vigorously argues that its complaint was a carefully crafted state court claim.  Good’s argument that such a claim is nevertheless a barred compulsory counterclaim would only be reached by the federal court if it determined that the res judicata impact of failure to state that claim in the California action was a federal question.[1]  The motion to stay faces similar jurisdictional issues.
With regard to the federal question issue, AirWatch points out that where a determination of patent infringement is not put in issue by the plaintiff, there is a “special and small category” where a federal question can still be found.  AirWatch, citing Gunn v. Minton, 133 S. Ct. 1059, 1065 (2013), states: “”[F]ederal jurisdiction over a state law claim will lie if a federal issue is (1) necessarily raised, (2) actually disputed, (3) substantial, and (4) capable of resolution in federal court without disrupting the federal-state balance approved by Congress.”
AirWatch argues that intent is not a necessary element of patent infringement and therefore there is no necessity to invoke patent law in relation to its assertion that Good’s allegations of intent as repeated and embellished in its publications are false.  Good may argue that willful infringement is, nevertheless, a separate federal question with an established body of federal law to be applied in resolving the issue.  If so, is there a different standard for intent for willful infringement than for the truthfulness of the statements made by Good – particularly those not merely repetitive of the complaint?  Different standards and burdens of proof (which lies on separate parties in the two actions) could result in different awards that are not, however, inconsistent.  AirWatch goes further in its motion for remand and cites both Gunn and MDS as holding the intent issue is not a substantial question of federal law.  Gunn at 1068 and MDS at 842.
This procedurally complex case could ultimately depend (after remand) on the state court determining res judicata application of Fed. Rule Civ. Proc. 13(a)(1)(A) dependent on whether the AirWatch cause of action is determined to be a federal compulsory counterclaim.
The case is AirWatch LLC v. Good Technology Corporation, and Good Technology Software, Inc., No. 1:13-cv-002870-WSD, filed 08/28/13 in the U.S. District Court for the Northern District of Georgia, Atlanta Division, assigned to U.S. District Judge William S. Duffey, Jr.

The related case is:  Good Technology Corporation and Good Technology Software, Inc. v. AirWatch LLC, No. CV12-05827(HRL), filed 11/14/12 in the U.S. District Court for the Northern District of California, San Jose Division, assigned to U.S. District Judge Edward J. Davila.
———————————-
[1]  Of course, even if the matter were remanded, Good would still be free to assert in the state court the res judicata impact of AirWatch’s failure to raise a compulsory counterclaim in the Patent Infringement Action.