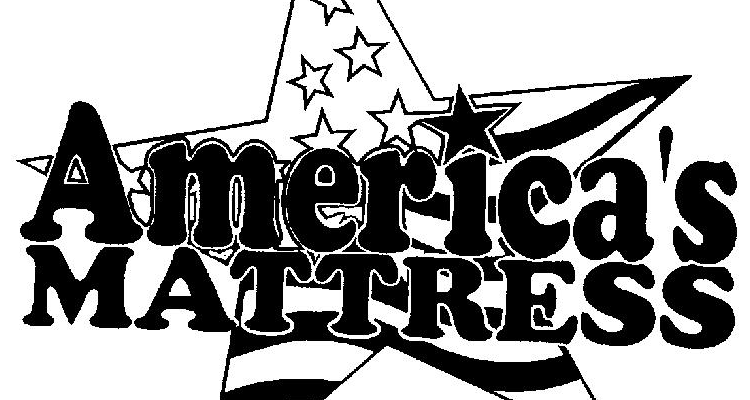 A defendant whom the U.S. District Court for the Northern District of Florida adjudicated a trademark infringer on summary judgment, and liable for attorneys’ fees as well as profits, filed an appeal from that court’s judgment on February 11, 2013.  However, an order of appointment of a Special Master dated February 20, 2013 suggests that work toward quantifying damages and attorneys’ fees recoverable may proceed even while that appeal is pending.
Illinois-based National Bedding Company, L.L.C. (“National Bedding”) is the named owner of U.S. Trademark Registrations Nos. 3,491,355 and 2,927,140  (“the ’140 Registration”) for the text-only and design variations, respectively, of the service mark AMERICA’S MATTRESS.  National Bedding had sued defendant Snooze Incorporated (“Snooze”) for federal trademark infringement, federal unfair competition, and common law unfair competition, arising from Snooze’s unauthorized use of the mark MATTRESS AMERICA.  In response, Snooze raised various affirmative defenses and asserted counterclaims for declaratory judgments that the asserted marks were invalid for genericness and for being “primarily geographic,” and for cancellation of National Bedding’s registrations.
In the district court, both parties moved for summary judgment on National Bedding’s claims, causing the court to analyze Snooze’s invalidity claims as well as the issue of likelihood of confusion between the asserted and accused marks.  That court granted National Bedding’s motion and denied Snooze’s motion.
In its summary judgment order dated September 20, 2012, the district court first addressed, and ultimately rejected, Snooze’s invalidity arguments.  Snooze contended that the marks lacked distinctiveness, but the court found that Snooze did not present any supporting evidence.  Also, specifically as to the design variation (pictured above), the court observed that the ’140 Registration had attained “incontestable” status, such that this registered mark could not be challenged on the ground that it is merely descriptive.[1]
As a preface to its likelihood-of-confusion analysis, the district court quoted an Eleventh Circuit decision observing: “‘Although likelihood of confusion generally is a question of fact, it may be decided as a matter of law.’”[2]  Ultimately, the district court held that every factor[3] weighed in National Bedding’s favor.  Though the rulings on every factor will not be repeated here for the sake of brevity, notable findings include:
Thus, the district court entered judgment for National Bedding.  In a subsequent order, dated October 25, 2012, the district court denied Snooze’s motion for relief from the September 20 order and judgment, and deferred ruling on National Bedding’s motion for injunctive and monetary relief, allowing the parties to file briefs on those issues.
In an order entered on January 14, 2013, the district court granted National Bedding’s request for a permanent injunction, as Snooze did not oppose that remedy.  The court next held that National Bedding was entitled to an award of profits under the Lanham Act (specifically, 15 U.S.C. § 1117(a)), since its September 20 order concluded that Snooze intended to benefit from the goodwill associated with National Bedding’s marks.  The court likewise held that National Bedding was entitled to attorneys’ fees because the infringement was willful.  It then ordered the parties to nominate a Special Master who would help to determine how much money National Bedding can recover.
On February 20, 2013, after the parties had complied with the nomination ordered, the district court issued an order appointing the Hon. Stanley F. Birch, Jr. as special master to assist the court and the parties with determining the amount of money recoverable by National Bedding.  (Judge Birch, as many know, is a respected retired judge who had served as a Circuit Judge on the Eleventh Circuit.)
The February 20 order issued after Snooze had filed its Notice of Appeal on February 11.  That Notice appealed the district court’s order and judgment of September 20, 2012, the order of October 25, 2012, and the order of January 14, 2013.  The post-appeal timing of the February 20 order suggests that the district court intends for the Special Master to proceed with quantifying the money recoverable despite the appeal of the rulings on liability and entitlement to monetary recovery.  One case has been found with a similar procedural sequence,[7] and as of the time of this writing, the parties have not sought to stay the district court proceedings pending the appeal.