On September 24, 2012, the U.S. District Court for the Middle District of Georgia issued an order dismissing a cyberpiracy claim under the Anticybersquatting Consumer Protection Act (“ACPA”) asserted against a defendant corporation.  However, the ACPA claim against individual defendants will remain in the case, at least for the time being.

The court recited underlying facts as alleged in the complaint, accepting them as true only for purposes of considering a dismissal motion under Rule 12(b)(6) of the Federal Rules of Civil Procedure.[1]

As alleged in the complaint, Plaintiff Pastor Kang formed defendant corporation Our Firm Foundation for Koreans, Inc. (“OFFFK”) in Georgia in 1990 “as an outlet for his [Christian] ministry.”[2]  The Individual Defendants (namely, Paul Im, Chang Sup Shim, and Justin Kim) served with Pastor Kang on OFFFK’s Board of Directors.

Deterioration in the relationship between Pastor Kang and OFFFK’s other board members began in April 2009, when two of them indicated a theological disagreement with Pastor Kang “and attempted to usurp control of the Board.”  That deterioration and continued through December 2011, when Pastor Kang “was suffering from serious heart complications,” and the Individual Defendants seized the website, blocked the plaintiffs from accessing it, and changed to website content that plaintiffs described as “derogatory and defamatory.”[5]

Plaintiffs further alleged that during the winter of 2011-12, the Individual Defendants continued to sell the copyrighted works through OFFFK, using the “Light for Life” trademarks in direct competition with Plaintiffs.  In February of 2012, Individual Defendants Im and Shim “filed an annual report with the Georgia Secretary of State purporting to remove Pastor Kang from his position.”[6]

Plaintiffs filed suit on March 30, 2012.  Their amended complaint alleged copyright infringement, cyberpiracy in violation of the ACPA, and unfair competition, among other causes of action.  Defendants filed a motion to dismiss.  OFFFK contended that since it was not a registrant of the domain name, the cyberpiracy count failed as a matter of law.  The Individual Defendants argued that all claims against them should be dismissed “because Plaintiffs have not properly alleged any reason to pierce the corporate veil and bring suit against the directors of OFFFK.”

The Middle District of Georgia first dealt with the cyberpiracy claim, reciting the following cause of action elements:

“To prevail under the ACPA, a plaintiff must prove that (1) its mark is distinctive or famous and entitled to protection; (2) the defendant’s domain name is identical or confusingly similar to the plaintiff’s mark;  and (3) the defendant registered[, trafficked,] or used the domain name with a bad faith intent to profit.”[7] 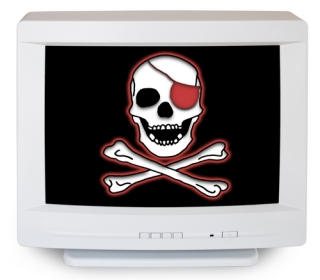 Regarding the third element, the court had little problem agreeing with OFFFK that it did not register or engage in trafficking of the domain name.  Plaintiffs themselves alleged that the domain name http://www.lighforlife.org was registered “‘in the name of another individual as authorized by Pastor Kang, Min Ju Kim.’”[8]  Furthermore, the complaint did not allege that OFFFK engaged in any transactions concerning the domain name, which is required under the statutory definition of “traffics in.”[9]

The court devoted the bulk of its cyberpiracy analysis to the “used” basis for liability recited in the above-quoted third element, since that was the only basis addressed by Plaintiffs in their opposition to the dismissal motion.  Under the ACPA: “A person shall be liable for using a domain name . . . only if that person is the domain name registrant or that registrant’s authorized licensee.”[10]  Plaintiffs argued that the statute extended liability to not just actual domain name registrants, but also “‘to those who have the power of dominion over an offending domain (or their direct agents).’”[11]  The court disagreed, finding that the statute is clear and unambiguous, and that interpreting it to mean “usurping control,” as Plaintiffs advocated, “would effectively rewrite the ACPA to extend liability to an individual who had no role in registering, or even reserving, a domain name.”[12]  Thus, the court dismissed the ACPA count against OFFFK.  Defendants apparently did not raise their substantive argument to advocate dismissal of the ACPA count against the Individual Defendants, however, so the court kept that count in the case against them.[13]

The case will therefore proceed with all asserted counts intact, except for the cyberpiracy count as against OFFFK.